As Bob Dylan poignantly sang, “the times they are a changing.” When it comes to the Guatemalan private sector, I have been slow to recognize these changing times. My failure, shared by others, to acknowledge the emergence of a nucleus of a more progressive private sector exacts a price. It misses an opportunity to harness skills, energies, and commitments that can contribute to the development of a different, more prosperous and just Guatemala. 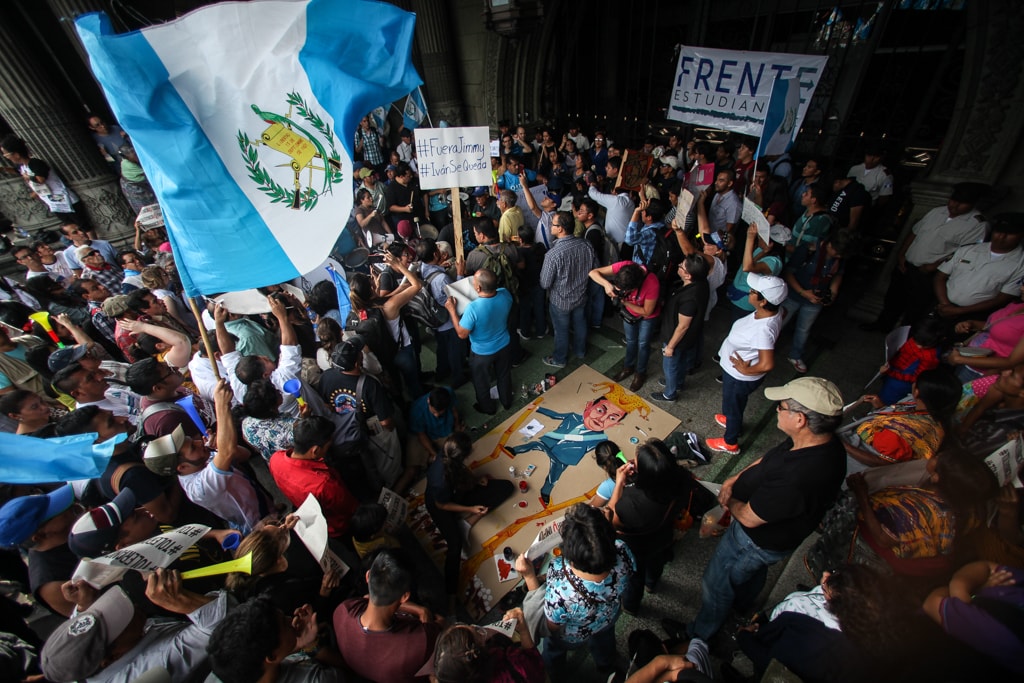 Let me step back in time for a moment. For the past two decades, I have met with scores of entrepreneurs. The overwhelming majority were frightened, angry and defensive men. They envisioned themselves as a guarding fortress Guatemala against a predatory Communism that could come from anywhere at a moment’s notice – from Cuba, from the human rights community, from indigenous peasants and from a loud-mouthed American, like me, who insisted on speaking her mind and had an audience to boot. Their fears were fed by members of the military, linked to organized crime with an enormous interest in preserving an illicit status quo.

Make no mistake, these individuals continue to exist. They fear change for the same reasons they always have. They still speak about a lurking communism, and fear a Guatemalan Chavez ready to step into the breach, should the political vacuum of power grow in the coming weeks. They fear a more diversified Guatemalan politics that could include greater numbers of poor and indigenous people, partly because they worry about how the policies enacted would affect their economic interests, and partly because they are concerned that the indigenous communities whom they have historically marginalized, discriminated against and exploited would seek revenge. They are also frightened because they aren’t entirely clean. It’s been hard to be clean in a Guatemala where corruption and graft has consistently shaped business practices.

There were always exceptions to the rule. There have long been private sector actors lobbying for change, working discretely within their ranks to persuade others, speaking out in favor of transparency and against corruption. But they mostly went unnoticed, by society and by Guatemalan observers who chose to paint the private sector in monochromatic ways as the bad guys, living in a feudal era, choosing graft over justice, and steadfastly opposed to change.

It is increasingly hard to sustain that myopic view. The private sector hardliners no longer wield the monopoly over private sector organizations and thinking they once did. The fact that CACIF could, however, cautiously endorse the CICIG is testimony to changes afoot. Those who have long fought in the trenches are redoubling their efforts, raising their voices, lobbying their colleagues and working assiduously to contribute to ongoing institutional transformations in Guatemala.

Others are increasingly amplifying their voices. Younger Guatemalans especially, and increasing numbers of women, are working hard to develop a modern, forward looking, more transparent and rights respectful private sector. They are reacting, as they see it, to the winds of global and domestic change. They are positioning themselves to fight against an organized crime that they see as a ferocious adversary and understand as a threat to their country’s and the hemispheric security. Having studied in the US, they have acquired skills that push them to seek business opportunities and enact business practices that could lead Guatemala into a 21st century form of prosperity.

Domestically they see both the dangers of the status quo and the prospects for change. Encouraged and prodded by the CICIG and the accompanying institutional reforms within the Public Ministry and the tax authority, they are seeking a way out of illicit business practices and understand that contributing their fair share represents the only viable path forward.

Their mentalities are also changing as institutions evolve and their contacts with society develop. They have an advantage to the extent that theirs is postwar generation. This helps them understand the need to combat poverty and inequality and to give voice to the voiceless. They recognize that there is room for dialogue about development, in which indigenous communities and private sector interests can see eye to eye. As a result, rather than fighting to preserve an antiquated status quo, several express a profound desire to be agents of positive change.

I write this brief piece as an opening salvo, and in a small way, as a mea culpa. It is an apology for my own blinders, but much more importantly a call to action. When my colleagues and I write and advocate for civil society, it is imperative that we avoid instinctively pitting students, the human rights and democracy communities and indigenous peasants against the elites. It does more harm than good, and it disregards pockets of possibilities. Civic actors may find it more feasible than ever before to forge constructive alliances with a new private sector with a growing commitment and capacity to enact change.

Guatemala remains polarized, there is no doubt about it. The private sector dinosaurs remain at once fearful and connected to the darkest and most corrupt cliques within the military and the intelligence agencies. They will go to their graves adamantly opposed to change. But the forces of progressive democratic change within Guatemalan society would be well served by looking beyond the usual suspects as they protect and nurture democracy. It’s time to turn the corner and explore all avenues for forging common ground, building broader alliances that include private sector elements keen on playing a constructive role. Over the long run, the task of generating an inclusive, more harmonious and prosperous democracy in Guatemala rests on all Guatemalan shoulders.