Nómada has been covering this political crisis, corruption scandals and the beginning of the Guatemalan Spring for months. And many of our friends abroad have asked us what we have learned from it all. Here are some of our answers to those questions. 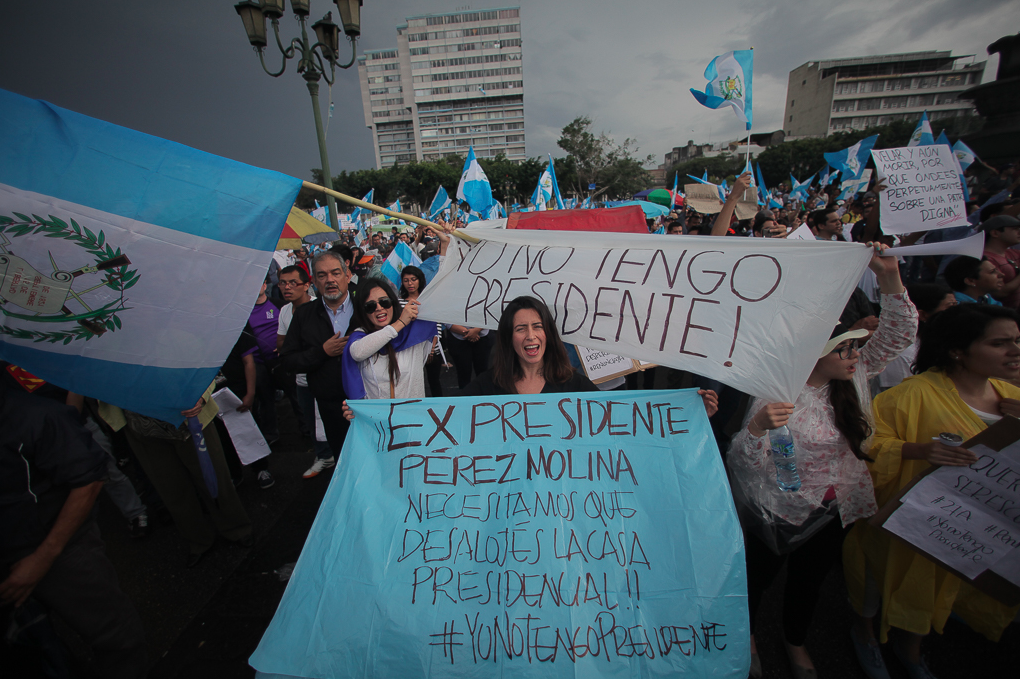 Demonstrators, on August 27, in Guatemala City.

1. Why is the reaction to corruption different this time?

The magnitude implied by the first two investigations; an embezzlement in customs of as much as 40% of revenue, which in turn amounts to 38% of national income. It’s just too much money.

And the $20 million stolen by a corrupt auction in Social Security that favoured one company, redirected money and cost the lives of 35 patients with Kidney disease.

Add to these investigations the cynic attitude both former President Pérez Molina and Vice President Baldetti showed in public, scoffing at corruption allegations and the overall inefficiency of their administration.

2. Did Digital and Social Media help in getting corrupt politicians in jail?

I think digital media has played a transcendental role in the sense that mainstream and traditional media have given way for smaller, more independent media; Canal Antigua run by Juan Luis Font, digital “buzzfeed” Soy502.com, led by Dina Fernández, and Nómada. Additionally, Guatemala is the fastest growing country in terms of internet penetration; 3.5 million users in 9 million adolescents and adults. And five years ago there were only 1 million users.

As example of the role of social media, almost all civil demonstrations have been called forward through Facebook, primarily, and Twitter.

And of the role of online media, it was the CNN interview with presidential candidate Manuel Baldizon. A reader tipped us off and we wrote a piece enumerating the lies he told throughout the interview. The next day, readers turned to Twitter rejecting what Baldizón had said, tagging CNN journalist Fernando del Rincón with our article. So much so, he invited Nómada to talk about the article on his show.

There is a new generation of journalists and media taking watchdoging to the next level. Several are digital media: Soy502 , Nómada and Plaza Pública. We had never felt such a response and support from our readers in 15 years.

3. Is it accurate to call it a Central American Spring?

It's accurate . Especially after Tuesday Sept. 1st, when after months of pacific demonstrations and civil marches, Congress finally, and unanimously, voted to strip former President Pérez Molina of his diplomatic immunity.

The day the citizens defeated the powerful

Why justices is not coincidence in Guatemala

And it’s not just in Guatemala that people are raising their voice against corruption, apathy and injustice. Hondurans and Nicaraguans already began to gather in demonstrations, and this Saturday, hopefully, Salvadoreans might do the same.

4. Does this movement have a future?

Many citizens are organizing: students, for example, through CEUG (University Students Coordination, the National University platform (#USACesPueblo) and Movimiento Semilla. I’m positive that in four years, as it happened in Spain, Guatemalans will have our own Podemos and Ciudadanos (political parties created by and for the citizens).

5. What do Elections mean, in the midst of the corruption scandal?

Elections now are a way to launder dirty and corrupt money, like CICIG said. They’re a fraud due to illicit funding. The greatest problem is not only who manages to get to power, but the fact that Congress will be full of corrupt politicians and criminals.

Suspect of killing journalists might be elected for Congress

The good news is that CICIG’s contract has been renewed for the next couple of years, there are the Defense Attorneys, independent media, and intolerant citizens, who will no longer put up with abuse. So there’s a chance that Otto Pérez Molina will only be the first president to end up in jail.