President Jimmy Morales is willing to end the rule of law and democracy in Guatemala. In an official document from migration authorities, which was leaked Tuesday, the President orders that the reentry to Guatemala of commissioner Iván Velásquez, who is currently travelling in Washington, be prohibited. The President is disobeying the CC, committing a crime and launching a state coup. 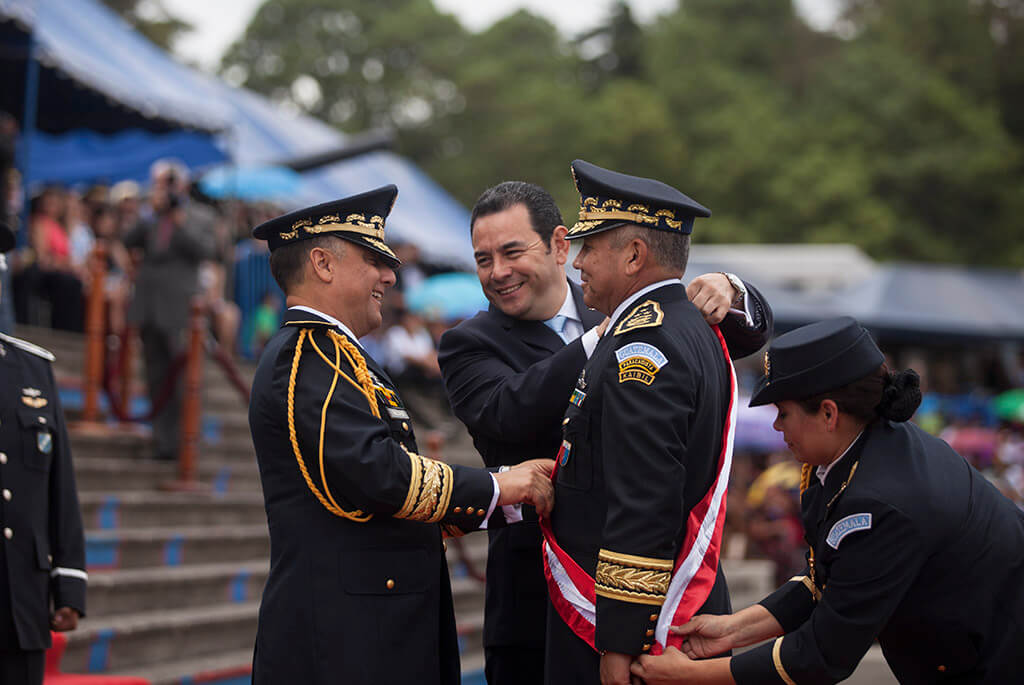 Last Friday, August 31st, Jimmy Morales resumed his personal battle to expel the International Commission Against Corruption (CICIG in Spanish) from Guatemala. He resurrected all the ghosts of the military state coups and sent military vehicles to the streets to intimidate citizens, civil society organizations, the CICIG and the US Embassy. He announced on Friday that he would not renew the Commission’s term of office, and that he would “not obey illegal orders”, as a prelude which indicated that with this excessive display of force, he was actually going for something more.

The President’s defenders on social media and the Foundation Against Terrorism were encouraging him to “finish what he had started” and it appears that today, September 4th, he has decided to go through with his plan.

Yesterday Iván Velásquez travelled from Guatemala to Washington, US, to attend a meeting, scheduled a while back, about the commission’s work. Washington is a key actor since it finances 40% of the CICIG and because it is the only entity who could keep the Guatemalan military, looking to carry out a state coup, under control.

The President took advantage of the moment and gave the order to block the Commissioner’s reentry while he was travelling.

The document from the Guatemalan Migration Institute, an agency of the Department of Internal Affairs led by Enrique Degenhart, states that “Based on the resolution IGM-082-2018 of the 3rd of September 2018… complying with the order announced by the President of the Republic of Guatemala in record number 50 of the same date, I hereby advise that for reasons relating to public order and safety, Mr. Iván Velásquez, of Colombian nationality, has been banned to enter national territory”.

The order of President Jimmy Morales disobeys the sentence of the highest court in the country, the Constitutional Court, which ordered the President not to interfere with the work of the CICIG, after his first failed attempt to expulse Iván Velásquez in August 2017.

Preventing the Commissioner from returning to the country is the greatest obstacle that the President could produce and disobeying Constitutional Court constitutes a crime.

There are only two ways out of this dilemma.

One is that the Constitutional Court forces the President to respect the ruling by ordering the ministers of Internal Affairs and Defense to disobey the President.

And the other, and the most likely, is that Jimmy Morales and his ministers of Internal Affairs and Defense ignore the CC. That would be a state coup similar to the one Jorge Serrano Elías attempted to carry out in 1993.

With this second option, what will follow is an unconstitutional breakdown in which the Congress, with only 2% popularity and the main piece in the ‘Pact of the Corrupt’ alliance, would have to step in to reestablish order in the country. Guatemala could descend into a political crisis unprecedented in this century.