I have never felt so Jewish, or so Palestinian, or so African, or so Central American. Or so Guatemalan. 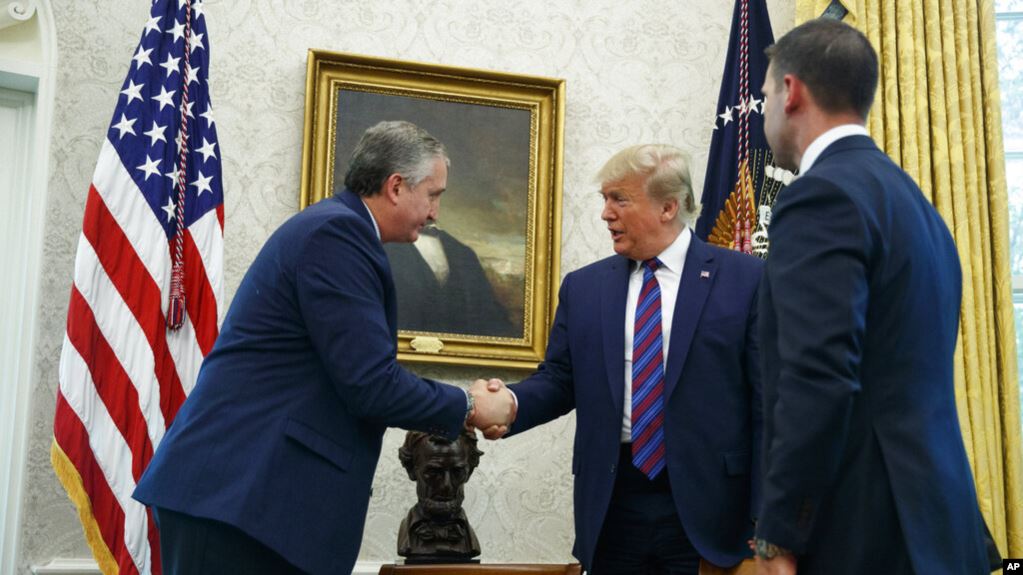 Some years ago, in a fit of colonial Stockholm syndrome, I gave thanks for the good fortune that Guatemala was a colony of the United States and not of Russia or China. Can you imagine sharing the fate of the North Koreans and the Burmese? Or the Ukrainians and the Belarussians? Can you imagine the misfortune of not having spokespeople like those in the U.S.? Of having an imperial center that didn’t have democracy or feminism or the LGBTQ movement or Miami or New York? Or journalists who would break open scandals over religious monuments or mass surveillance? Or critical citizens who in solidarity know that their establishment is ruining the world?

When I learned—because these things aren’t only discovered or known—that the U.S. was separating Central American parents from their kids, and that they were letting children and adolescents be sexually abused and even die—seven Guatemalan children have died in these 2019 concentration camps, not to mention the Salvadoran girl and her father who drowned in the river—and the planet didn’t react with global protests, I shouted on Twitter, “What are you waiting for? An extermination?”

Now I could add, “Or a few more massacres like the one in El Paso?”

The US system and its elite, like the Guatemalan elite, or the Nazi elite, or the Khmer Rouge elite, dehumanize their subordinates.

And so, in 1948, when the civilizing forces of Washington and Moscow had liberated the world from the threat of fascist Europe, the U.S. of Democratic President Harry Truman began a colonial experiment that we only found out about in 2010 thanks to medical history professor Susan Reverby. U.S. scientists needed to cure syphilis and gonorrhea. And to do this, they needed to experiment on human beings. The bodies of a different race were close enough. So, with the connivance of local officials, they injected syphilis and gonorrhea into the bodies of 1,500 Guatemalan men and women locked in insane asylums, prisons, or brothels.

When the files became public, the government of good old Obama called the Guatemalan Social-Democrat President Colom to apologize. Colom happily accepted the official apology and that was that. No compensation, no official action, no modification to history class curriculums in either country, no getting down any knees for having infected our grandparents, uncles, aunts, fathers, and mothers with syphilis and gonorrhea.

40 years later, in 1982, Reagan—who thought of Africans as monkey and probably thought the same of Central Americans and everyone from “shithole countries”—received Guatemalan President Efraín Ríos Montt with open arms. When García Márquez accepted his Nobel in the same year, he called Ríos Montt a “Luciferian dictator who is carrying out, in God’s name, the first Latin American genocide of our times.” But Ríos Montt and others like him enjoyed great support from the U.S., which for decades armed, trained, and financed their forces. Because who cares if Guatemalans slaughter each other trying to exterminate the grandkids of the infected?

The republican descendent of Reagan, a neo-Nazi with an inferiority complex—which all neo-Nazis have—who responds to the name @RealDonaldTrump, decided to raise the discourse of hate to levels that make one feel Jewish, or Palestinian, or Rwandan, Bosnian, Syrian, Maya, Central American.

I give thanks for having been born in this isthmus of 70 volcanos, of men and women of maize, of people who are courageous and resilient, of slaves who are now rising up, of impunity and hope, of poets who invented magical realism, as the singer-songwriter Rebeca Lane wrote.

When I studied and worked for a couple of years in Madrid and Berlin, I was asked many times if I would try to stay there. And my answer was always a no, with eyes wide open. Like many of the privileged who have had all the opportunities in the world, we Central American privileged only think of living there to get it out of the hole in which it was delivered to us.

And so, when a Caribbean man named Césaire was enlightened, he summarized for us that the whole world works as an apartheid. In the exclusive neighborhoods of the planet, there is only room for those born there who have the ethnicity and religion and culture of those neighborhoods. But for the apartheid system—or plantation system if translated into the Guatemalan context—to work, there are not two players, but three. There’s the owner of the plantation, the slave, and the guest, as the anthropologist Karen Ponciano summarized.

The guests like me, naturally, have a visa. We can visit, learn their language, their customs and their manners, do business, and even make jokes. And there are some spaces in the plantation-empire in which we are truly welcome and treated as people. Two weeks ago I was in one of those spaces, working for two days with investors from New York who support Nómada.

There is a virtue to Trump, which WikiLeaks colleagues warned of in 2016 when he had just won the US presidency. The good old Obama, said the men and women of WikiLeaks, who were being persecuted by Washington, was a wolf in sheep’s clothing. You can also ask the Palestinians without peace or dignity despite Barack Hussein’s Nobel prize, or the Central Americans deported en masse between 2008 and 2016.

The @RealDonaldTrump, by contrast, is a wolf in wolf’s clothing.

When he took office, he barred entry to the US to the citizens of seven Muslim-majority nations. He told the African Americans of Baltimore that they are a rat’s nest. He told opposition Congresswomen of color to go back where they came from (which would be New York, Chicago, Connecticut, and Minnesota). And with us Central Americans, he began to try to break us by attacking our humanity and separating children from fathers and mothers to dissuade them from escaping this isthmus and seeking refuge in the U.S.

Because we are accustomed to inhumanity at these latitudes, he didn’t break us. In just the first six months of 2019, at least 235,000 Guatemalans, 1.5% of the country, escaped from here and were detained on the U.S. border. Knowing that they could be separated from their children. And another 200,000 Hondurans, and tens of thousands of Salvadorans and Nicaraguans.

So @RealDonaldTrump threatened to strangle Guatemala economically if we do not cede to his pressure to convert ourselves into a prison for hundreds of thousands of migrants headed to the U.S. border. “Safe Third Country” is the euphemistic name for this.

15% of Guatemalans live in the U.S. They fled from the worst years of the civil war—1978 to 1985—, from poverty and inequality, and recently from violence and impunity. And they send remittances that add up to 12% of our GDP. Trump threatened to impose taxes on these remittances, which for the poor mean the difference between eating or becoming malnourished, between buying medicine or dying, between learning or remaining uneducated.

Further, he threatened to impose tariffs on Guatemalan products, perhaps up to the 25% he threatened Mexico with. 33% of Guatemalan exports go to the U.S., generating 5% of our GDP. They create many jobs—both good jobs and exploitative jobs. Just one week after the threat was made, five Guatemalan entrepreneurs have told me that they lost commercial relationships built long ago and that U.S. suppliers or clients put the brakes on new business deals, all because of a Tweet.

For workers, for tens of thousands of Guatemalans, these exports mean the difference between eating or becoming malnourished, between buying medicine or dying, between learning or remaining uneducated.

Perhaps this sounds normal because it is written in pretty type and read on a smartphone or laptop, but Trump means to make Guatemalans starve to death.

Faced with overwhelming silence from the rest of Latin America, Canada, and the European Union, from the “counterweight powers” China and Russia, and from our “friends” Israel and Taiwan, who of course will never say anything, I ask them again: What are you waiting for to act?

Finally, they threatened to ban entry to the U.S. to all Guatemalans, both to the slaves who enter through the cracks and to the guests who travel on airplanes with visas. This will create more stigmatization and more poverty.

It is possible that the U.S. will twist the arm of the Guatemalan Congress and Supreme Court to get this Safe Third Country agreement approved. And it is probable that this will not reduce migration and instead increase it.

How will Trump react?

If @RealDonaldTrump is a torpedo of hate in his first term, we cannot imagine how ReadDonaldTrump will be if he wins reelection in 2020.

As I wrote, let’s imagine that we transform into a global prison and that this does not stop migration. That Trump decides to put tariffs on us and tax remittances and cancel visas for guests. And that this doesn’t reduce migration either.

If Central American migration doesn’t stop, how will Trump react?

By massacring the Central Americans who manage to dodge the Mexican military? By dropping a couple of instructive bombs to threaten extermination?

Yes, this sounds like an exaggeration in 2019. All barbarities sound this way before they occur. And from Guatemala, we won’t be able to stop any of it.

[This commentary was originally published in Spanish by El País of Spain.]

A well written editorial trying to generate sympathy for the flight of illegal imigration and at the same time taking the opportunity to dable into political socialist agenda. Unfortunatley, these writers puposely omit what made the United States a great country and by omitting it are slowly destroying the true essence of what made this nation great, "rule of law". As Guatemalan's recognize the negative impact on our society of not living under the rule of law, these socialist want Trump to turn a blind eye to the laws passed by congress and slowly turn the US society into a lawless country. If the law in the US can hold a parent resposible for not strapping an infant into a safe car seat, I wonder how these writers try to hold Trump resposible for the endagerement encounters in the journey through México? "We the people" are responsible of our actions and not our goverment unless you want to live under a socialist agenda where mom and pop government decides for us; bottom line Trump has every right to use the tools available to combat illegal imigration.

Thank you for the translation. I have read both the original and translated versions of this article. I feel it could’ve used some editing or a better translation in some paragraphs and sentences.